Respect for All Liaison:

We are very proud of our elementary and middle school programs and the outstanding performance of our students on the New York State ELA, math and Science tests. In addition, our eighth grade students do exceptionally well on the Living Environment, Integrated Algebra Regents and Spanish Proficiency exams for which they receive high school credit. Our middle school was ranked in the top 7% of all middle schools in New York State last year which was an amazing accomplishment and reflected the dedicated efforts of our entire faculty.

As a learning community, we believe strongly in providing our students with a rigorous and challenging standards-based curriculum to promote continuous academic achievement while addressing the social and emotional development of each child. We have been the recipient of numerous awards for excellence on city and state assessments and our eighth grade students are accepted into top-tier specialized and screened high schools.  I have listed below some of the most recent grants, partnerships and recognition given to PS/IS 171 in the past few years. 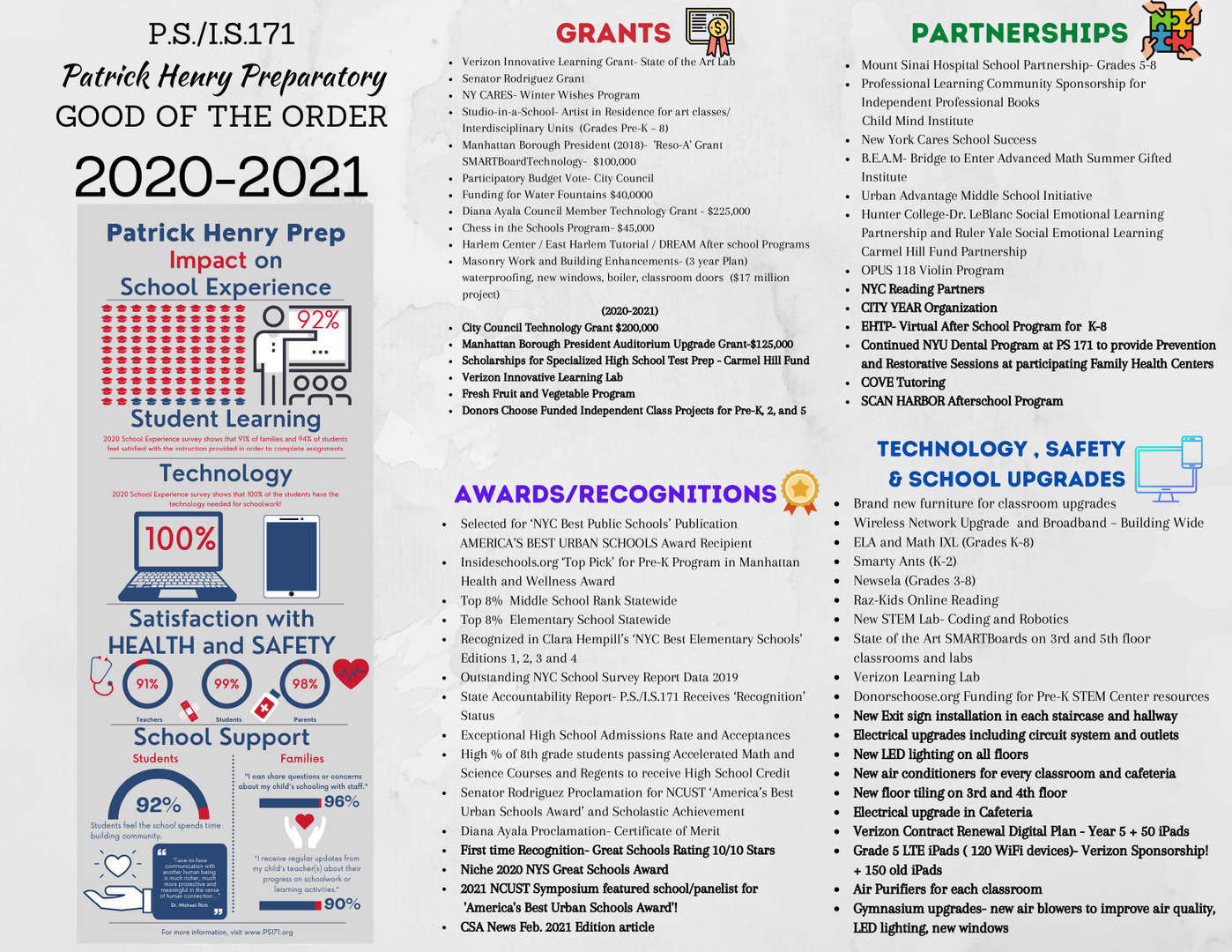 Get real time school updates on your mobile device with eChalk Notify.

Connect with code 406ZK9 to get instant alerts or log in with your eChalk user account for the latest updates from all your classes and groups.